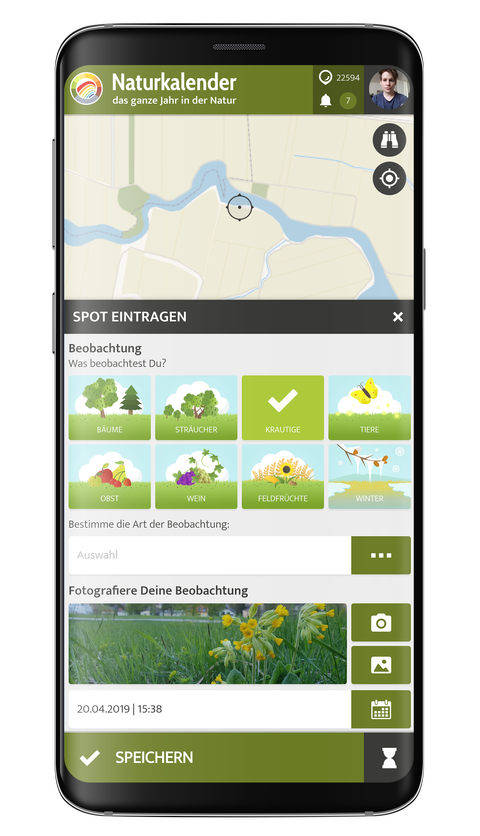 Naturkalender is the Austrian phenology App for interested Citizen Scientists who want to contribute to phenology and climate research by keeping a watch on their surroundings. Through Community Science observations like plants beginning to blossom, having fruits, starting to throw off leaves or when animals are active, they support the Austrian Central Institution for Meteorology and Geodynamics´ data collection.

But what exactly is "phenology"?

The word "phenology" is derived from the Greek φαίνω (phainō), "to show, to bring to light, make to appear", and indicates that phenology has been primarily concerned with the dates of first occurrence of biological events in their annual cycle.

As long as there have been humans, they've been observing nature, their plants, and animals.
Recording the progression of our natural phenomena during the year, such as the budding of leaves, flowering, fruit ripening, the return of the swallows, etc. for agricultural use was widespread.

Based on these observations, for example, farmers always knew when it was best to plant certain seeds to reduce crop failures. Already Paracelsus said: "Annus fructicat, non terra" - which means: "The year brings the fruit, not the earth." Later, phenology, in particular, has emerged as a powerful calibration tool for climate and weather models and is a focus in climatological and meteorological research facilities worldwide, therefore being of great importance for climate change research.

"Phenology investigates the relationships between the seasonal cycle of plants and animals and the weather or the climate, where plants act as very sensitive measuring instruments of the ground-level atmosphere and react with increased flowering or fruit maturity directly to the "crazy" temperature development of recent years." says our partner, the Austrian Central Institute for Meteorology and Geodynamics (ZAMG), which has been recording such data since 1851.

With the Nature's Calendar Citizen Science App, phenology has finally arrived in the 21st century. Here users can easily record nature observations on the map with their smartphone all year long, be active in the nature calendar community and, at the same time, learn a lot about nature. Due to the easy handling of the App, people from all age groups can be found in the community, and a lively exchange of interesting information takes place. With their entries, participants can help scientists to research the climate and the seasons actively:
The scientifically based phenological data are fed directly into the phenological observation network of the ZAMG, as well as into the Pan-European Phenological Database (PEP725), and are thus also available to other research and education initiatives.