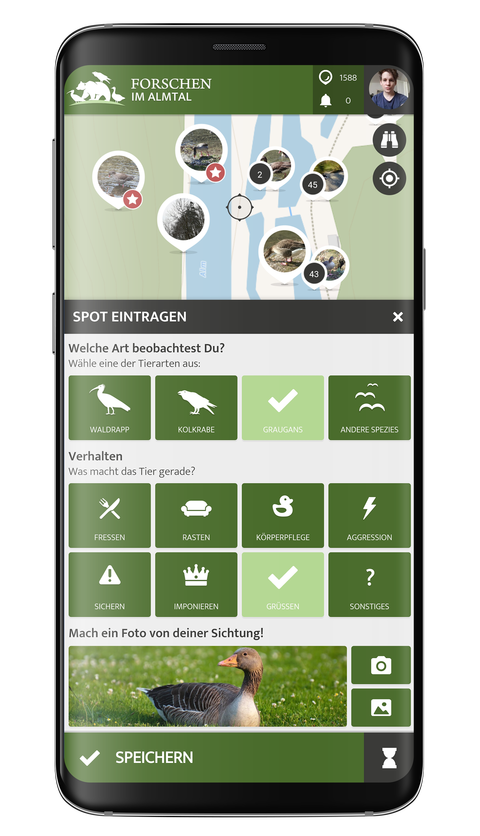 The aim of the project is the monitoring of the time-space patterns of three avian species (greylag geese, ravens and northern bald ibises) which are considered models. Because of their availability and accessibility in the study area (Cumberland Wildpark, Grünau im Almtal, Upper Austria), as well as the interest given to them by the public, they are perfectly suitable for the project. Birds are individually marked, which allows recognition of the single animals in the field also for citizen scientists.
The greylag geese and the northern bald ibises are marked with colourful rings on their legs, whereas the ravens are recognizable by different wing tags.

The Citizen Science Project aims to investigate when and where exactly which animals are to be found: do they have preferences for certain places of the park or do they prefer the company of other conspecifics?

Open map
More in this category:
« Was Geht Ab? WaldrApp »