We now provide a full feature community included in all Citizen Science projects running on the SPOTTERON platform. The new milestone version makes Citizen Science not fully mobile but also immersive. Imagine the potential of social interaction built directly into your science project - that's what SPOTTERON TWO is all about..

Let's be a Citizen Science Community!

Social interaction is an important part of our daily lives. If we want to create a bigger impact with Citizen Science, project tools must not only be running on mobile devices, but also offer a high level of interaction. Following the best principles of modern social media apps, we created a complete and interchained set of extensions during the last month, which together form the new SPOTTERON Community Package. By having more projects joining up on the SPOTTERON platform, we were able to build a unique and feature-rich system for both Citizen Scientists and Scientists. All science projects on SPOTTERON now can not only collect data through the help of participants, but also provide an environment for communication and interaction directly in their custom smartphone apps and interactive maps.

By having more projects joining up on the SPOTTERON platform, we were able to build a unique and feature-rich environment for both Citizen Scientists and Scientists.

SPOTTERON is all about collaboration between projects. The Community Package was built with the help of the following partners: 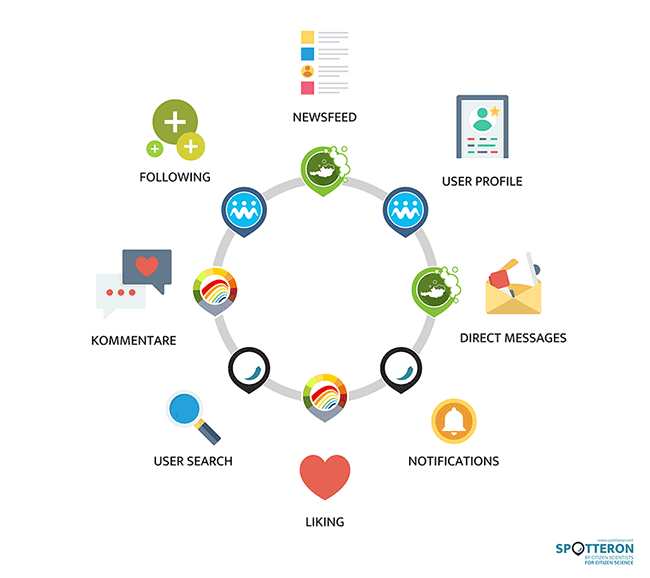 Since SPOTTERON is built by Citizen Scientists for Citizen Science, we are happy to bring a new level of communication and interaction to all projects, running their custom smartphone apps on the platform. With SPOTTERON TWO, we are making a big step in the direction of making Citizen Science not only about the collection of data, but also about education and communication. By creating a kind of Social Citizen Science Network on modern mobile technology, the impact of the projects and of Citizen Science itself can increase dramatically, especially for younger generations.

Our world changes rapidly. From climate change to the loss of natural habitats, all areas are impacted by a shift in the ecological and also social fabric of this planet. It is our opinion, or better, hope, that Citizen Science can play a strong role in creating awareness for our endangered environment and science itself. To get closer to such a goal, Citizen Science needs to be an interactive experience and needs to have features, that are able to connect and immerse. By providing a base of communication for both Scientists and Citizens, we can bring them closer together and spark the exchange of ideas.

RUN YOUR OWN PROJECT IN SPOTTERON

SPOTTERON is available for new as well as existing science projects, which want to migrate to the SPOTTERON platform. With the flexible system at the core of the platform, we can built custom smartphone apps along with the interactive map for your project's website according to the needs given and also support your project with our over 20 years of experience in design, media production and development. You can find us on twitter, via This email address is being protected from spambots. You need JavaScript enabled to view it. or add us on Skype by the account name "spotteron" - we are are looking forward to creating your Citizen Science tools!

All apps running on SPOTTERON have a strong focus on design and usability to create an interface, which is not only fast and easy to use but also provides a high quality look & feel. Design is a very important part of Citizen Science, especially when users should get involved over long term. Functionalities build on each other and form the user experience as a whole.

The SPOTTERON TWO extensions make no difference here, all features are seamlessly integrated in the custom Smartphone Apps of the given project, without losing focus on the project's topic. 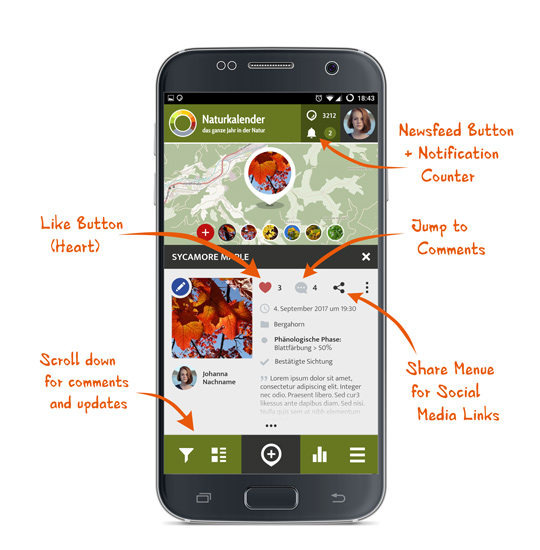 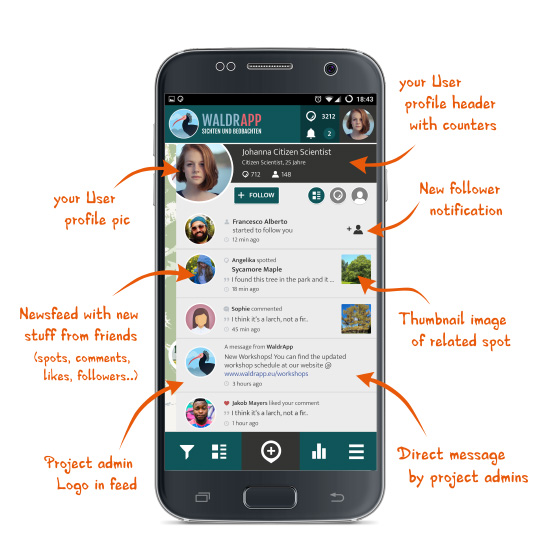 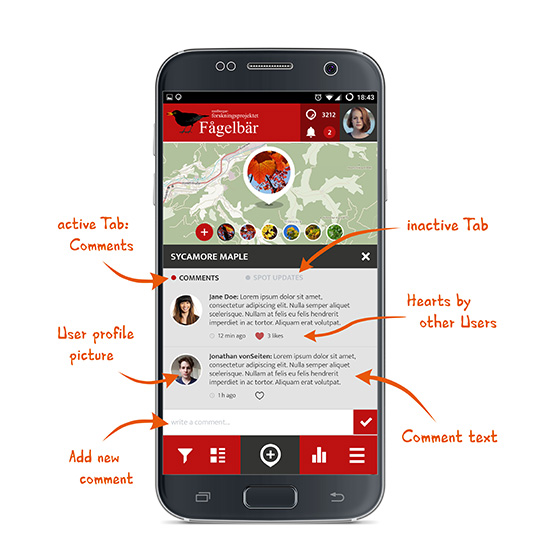 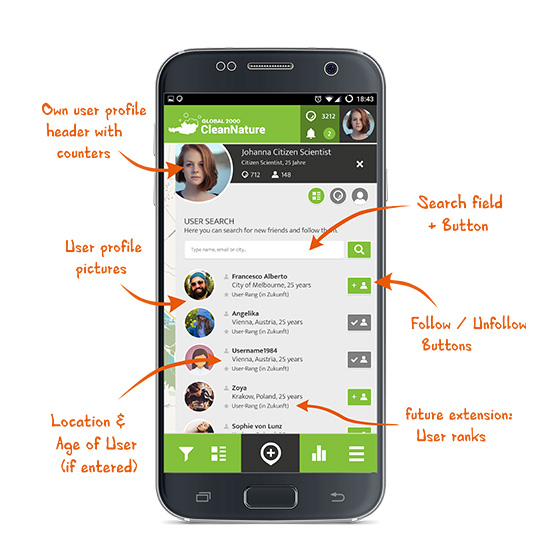