What is the best way for a Citizen Scientist to observe a specific plant, landscape, place, etc. over a more extended period of time and gather valuable data during its course?

Our world is subject to constant change.
It establishes itself by constant development and evolution, triggered by events like human activity, climate change, erosion, or simply the changing of the seasons, and many more. These changes in observational data are not just a side effect, but they're often the primary focus for scientists and the research project.

On the SPOTTERON platform, we've already created the "Spot Update" function to do precisely that: observing changes in things or locations over more extended periods, enabling Citizen Scientists to create timelines of one data entry. By updating the entry and adding new data over time, the development and changes of the subject can be documented. 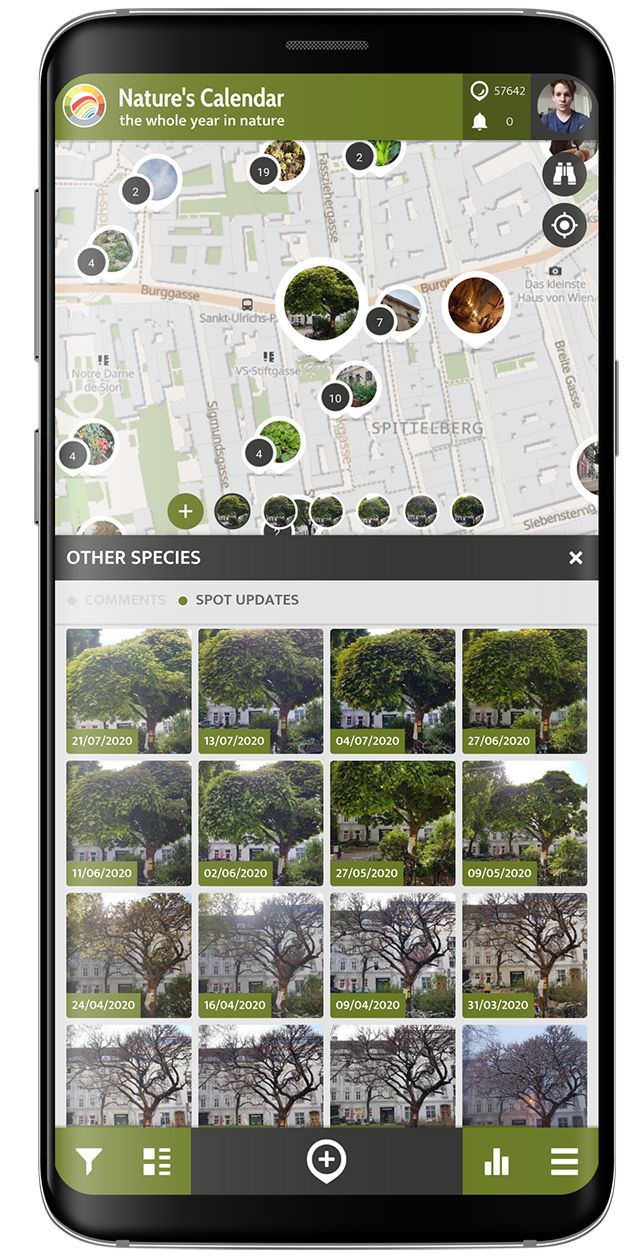 Practical examples for the Spot Update feature in Citizen Science include the phenology app "Natures' Calendar", where user groups such as garden owners, school classes or nature enthusiasts can observe the life cycle of plants throughout the year, thus collecting valuable data for climate research. With this data, researchers can tell exactly how the seasons have shifted during the last 30 years, the springs in central Europe starting earlier, autumn lasting longer, and winters being milder. 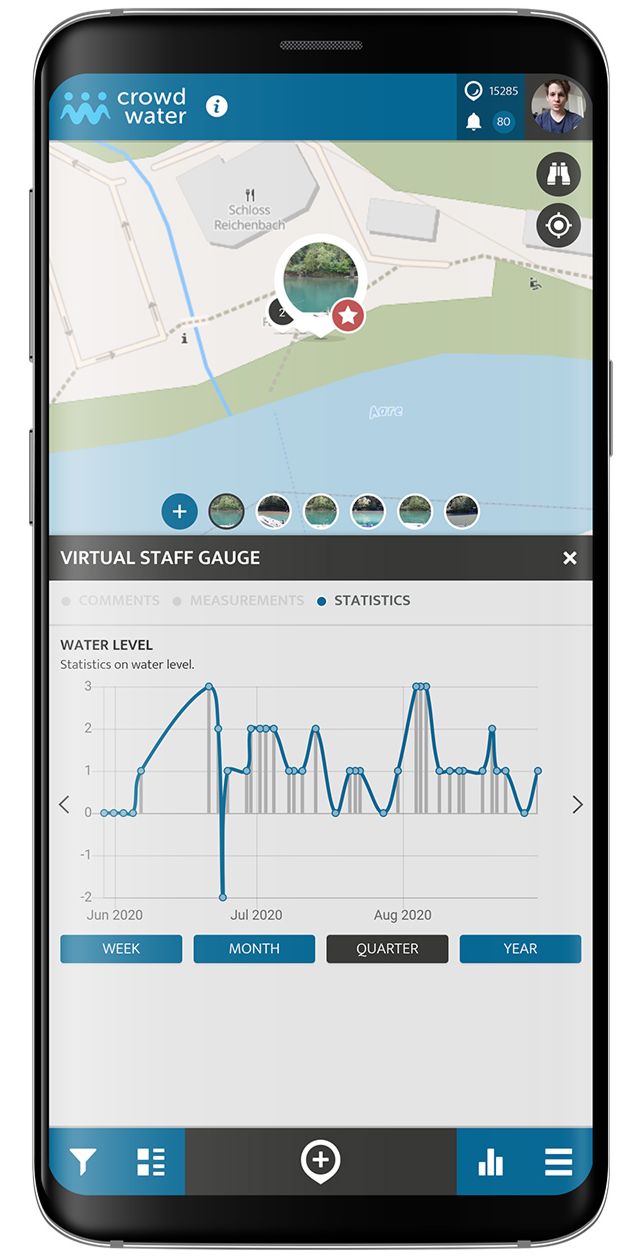 Another example is the "CrowdWater" app, where users interested in hydrology take photographs of rivers and streams to observe how they change due to, e.g. melting snow or weather, and provide the data basis for hydrological analysis and a community-driven flood warning system. The method can be applied in remote regions and developing countries to create a data basis. The data collected with CrowdWater can be used to complement existing measurement networks or to provide important information in areas without data. 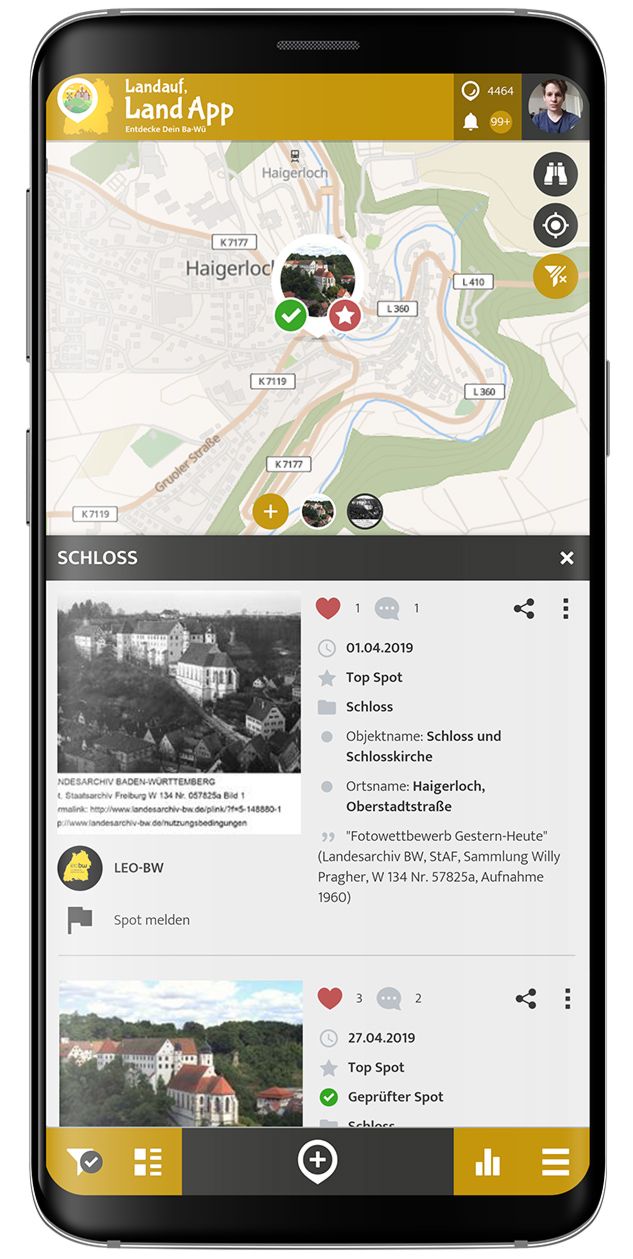 The "Landauf LandApp" project by the National Archie of Baden-Würtemmberg in Germany is a fine example of how to use the Spot Update feature in an exceptionally creative way. The Archive's historians have put up old black-and-white photographs of real locations, such as an ancient castle, a unique townhouse or other landmarks, across the country on the map, and users revisited them to take pictures of the same object from the same angle and distance. Seeing the same view, the first historical version and then from modern times, was quite a sensation for both historians and local heritage.

Another attribute is the fact that users can add a Spot Update not only to their Spot, but also other users' Spot in the apps.
This not only helps the researchers with the collecting of data but is also fun and gratifying to users themselves to see their spots being updated by others, as it encourages Citizen Scientist to engage more with the app.

Here at SPOTTERON, we pride ourselves with constantly developing new features and making improvements so that all our partners have smooth-running, reliable, and user-friendly apps to work with.
One such feature is the newly developed "Nearest Spot" feature.

This new feature pops up at the beginning of any "Add Spot Dialogue" (when you want to contribute a new observation). The app then scans your surroundings, and, if there are any Spots nearby (your own or those of other users) the app will show them to you so that you can simply click on them and add your update - thus keeping the data clean, and users happy!
Alternatively, you can, of course, add a completely new Spot and start your own timeline.

Funded by one of our partners, this newly developed feature is part of our unique Feature Ecosystem and available for free for all projects running on the SPOTTERON platform