We are happy to announce the release of the new SPOTTERON version 2.6.0! The next SPOTTERON Update brings 3 new extension, available for all Citizen Science apps running on the SPOTTERON platform. In the following blog entry we are going to explain these new features and their function.

Data Quality is always an important part in running a Citizen Science project, and sometimes observations of the users don't match that. For example, the location can be off or the classification can be wrong. To improve data quality and also involve more experienced users on a deeper level, we have introduced the new "User role" feature.

With this new functionality for all Citizen Science apps on the SPOTTERON platform, the admins of a project can promote trusted users to "moderators" in the administration interface. These moderator users can now edit the submitted data of other Citizen Scientists in the app and correct information, fine-tune the location or change the classification if a species is wrong in an observation. Moderator users get an unique icon in their profile picture (crown icon) and regular users, whose spots get edited by a moderator, will recieve a notification in the news-feed panel in the Citizen Science app.

In the Administration interface, the user role of a Citizen Scientist will also be visible for the project's scientists and regular users can be promoted to moderators directly in the spot list. The "User Roles" feature is an important step forward to increase the data quality while reducing the workload of the project scientists.For the moderator users themselves, it is also a motivational benefit to be able to share their knowledge and help with the Citizen Science project's data. 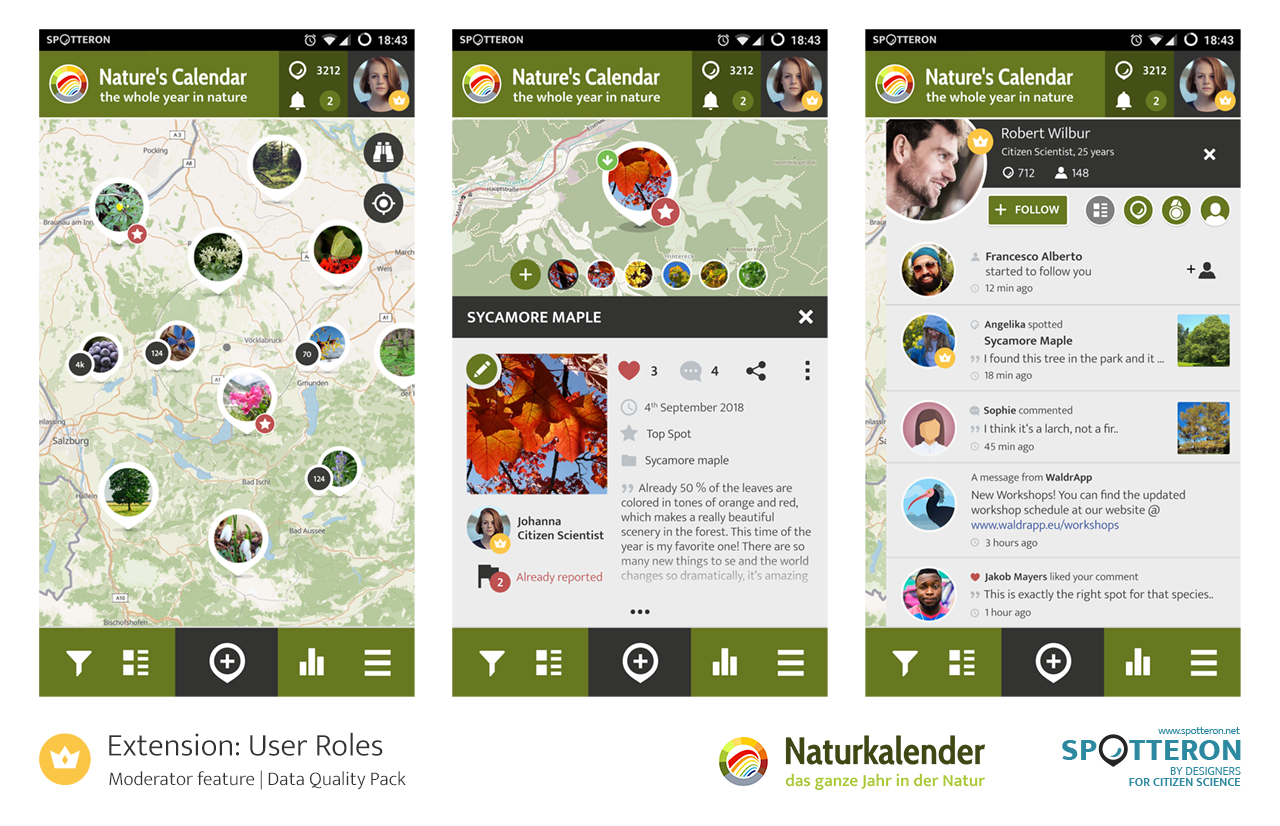 The second feature of the 2.6.0 version of the SPOTTERON Platform is called "Flagging". Citizen scientists can mark wrong or controversial entries by simply pressing the new flag button, which is present at every detail spot in the apps.

Those "flags" are also visible directly in the spot list in the Administration Interface, where the project team can always access and filter the data. the amount of flags is listed per spot in the list view and administrators of a project have the option to sort the list by that. With the help of the community the project's admins can now check the data more efficiant and save time, which is especially important if a Citizen Science has many contributions per day. After reviewing a flagged spots, the admin users can also reset the number of flag to zero with one click. 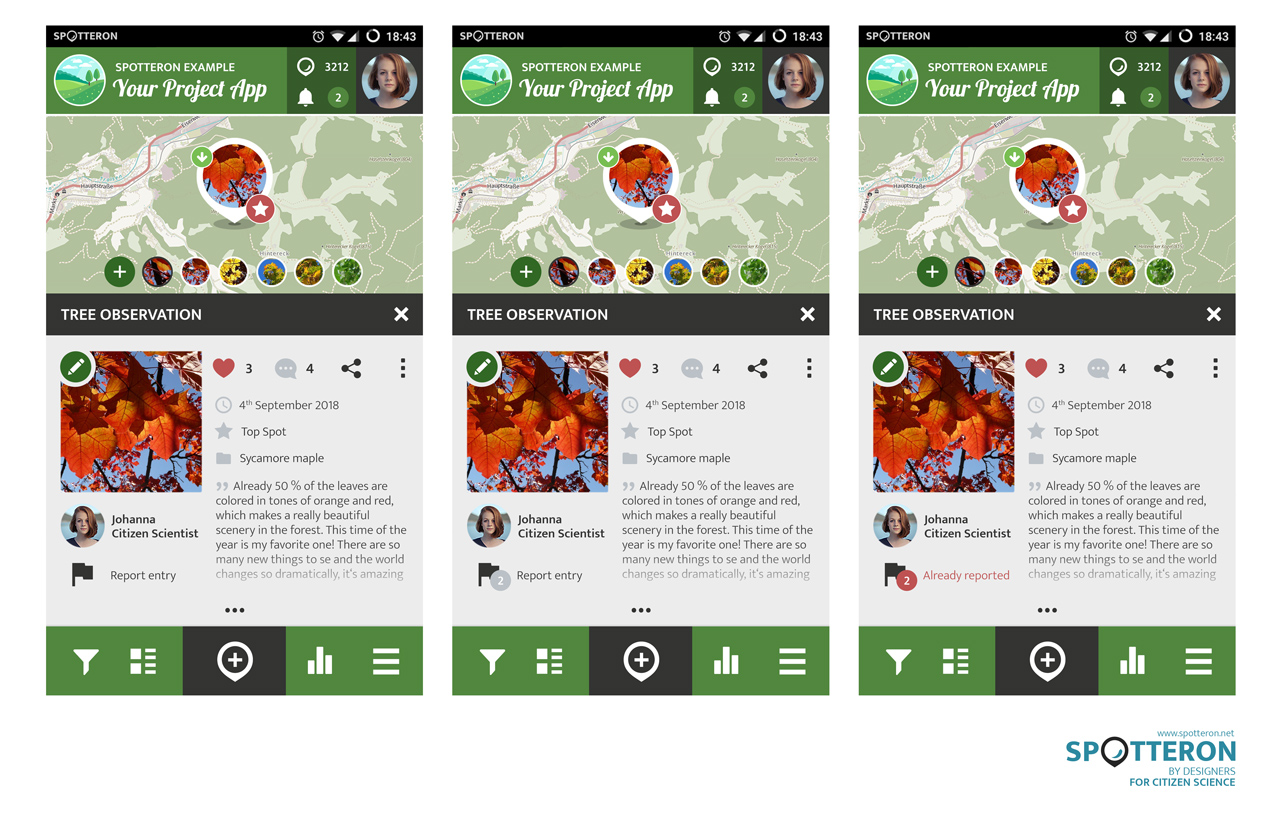 Last but not at least, the "Data Download" feature is providing an easy methode to publish a project's dataset as "Open Data" to the public.This feature is already available on the Web App of the CrowdWater Project after loggin in (www.spotteron.com/crowdwater) and everyone with a user account in the project can download the data for their own research or analysis.

The "Data Download" extension has a license dialogue attached to it, which can be configured individually per project. The license under which the data of a project can be shared is displayed in the new dialog and must be accepted before the data can be downloaded. We suggest to use the Open Database Licence "ODbL", which allows a free data usage of the data set without the necessity to quote each individual contributor in contrast to the Creative Common CC:BY license. The "Data Download" feature is not for evcery project on the SPOTTERON Citizen Science platform - but for those who want to publish their contributions as Open Data, it is a big improvement. 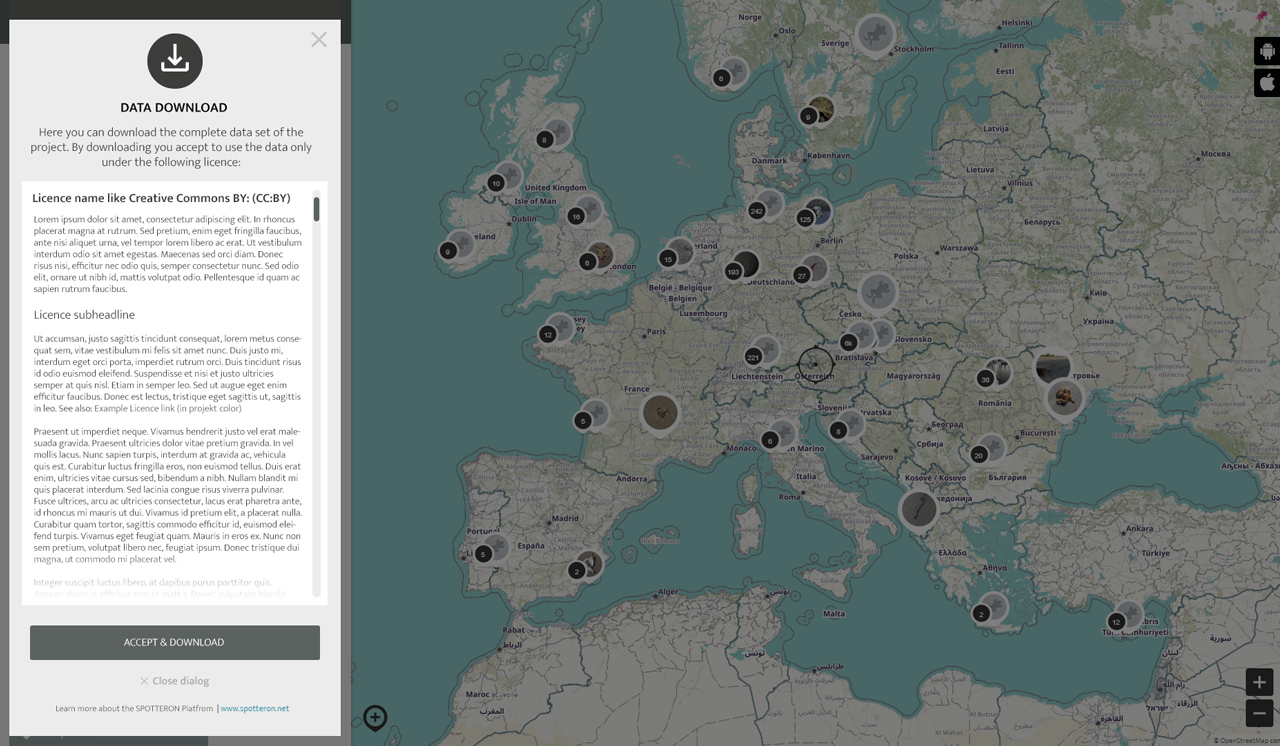 More in this category:
« This was the Vienna Ball of Sciences 2019 - with video! Citizen Science in the gis.Business Magazine: Knowledge in the Hands of Citizens »