At SPOTTERON, we create Citizen Science Apps for a wide array of scientific fields. One of the most exciting topics is phenology - the study of periodically recurring phenomena in nature's annual cycle - and how global warming affects the developmental stages of animals and plants.
Volunteer monitoring of nature, the weather and the seasons date back centuries, probably one of the oldest Citizen Science endeavours on earth. As an example from our home country, in Austria, phenology records collected by the Central Station for Meteorology and Geosciences ZAMG date back to 1851. As in many fields in Citizen Science, modern technology has opened up participation to the public in a much more imminent way. Nowadays, Citizen Scientists can join a phenology program on their phones, allowing the documentation of the impact of global warming on a far broader scale. Apart from generating valuable data on our changing climate and how plants and animals react to these changes in the natural seasons.

Due to the impact of global warming, our climate changes, and so does nature, having a high impact on agricultural food production and food safety. With Citizen Science, those effects can be better measured and set in relation to the local microclimate. Combined with data from climate sensoring, phenology citizen science generates essential information and knowledge about how a changing climate also changes our way of life. The apple tree in one's garden, for example, reacts to global warming with shifted fruit ripening phases. Or the black alder trees in the park flowering weeks earlier than the year before.

By utilizing the social aspects of modern technology, people in a SPOTTERON Citizen Science App do not only contribute data points. Still, there is also a wide range of community functions present. With a deep level of interaction between the users, the scientists and the community in total, contributing to phenology together with others provides the potential to better understand the world around us and experience the importance of understanding climate change first hand.

SPOTTERON currently houses two major phenology projects on the platform, the Naturkalender ZAMG (Nature's Calendar) from Austria and Climate Watch Australia - the first phenology project of its kind in the southern hemisphere.

"Naturkalender" (Nature's Calendar) is the Austrian phenology app for interested Citizen Scientists who want to support phenology and climate protection by observing their surroundings. Through community science observations of plants that start to bloom, bear fruit or shed their leaves, or animal activities, they support the data collection for the Austrian Central Institute for Meteorology and Geodynamics (ZAMG) and the Pan-European Phenological Database (PEP725). They are thus also available to other research and education initiatives. 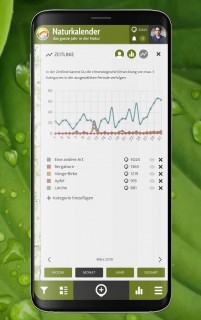 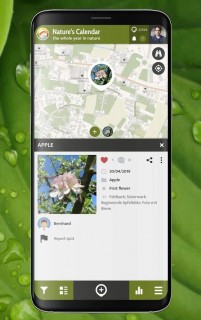 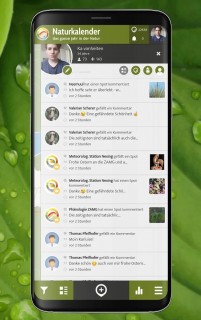 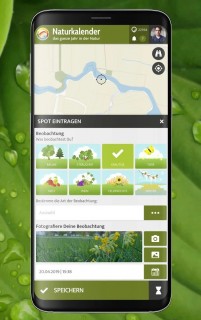 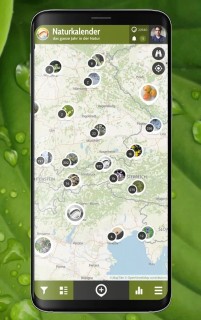 The Nature's Calendar ZAMG App has been running on the SPOTTERON platform since 2017, with a very active Citizen Science community contributing more than 87000 observations so far.
The project focuses on more than eighty indicator species, including trees, shrubs, herbs, animals, fruit and wine, invasive species and crops. In addition, users can also make observations about winter phenomena such as snowfall, frost, and many more. Furthermore, there are three additional regional Nature's Calendar projects for the Austrian provinces of Lower Austria, Upper Austria, and the Burgenland, each focusing on slightly different and local indicator species. You can find the Nature's Calendar App here.

The ClimateWatch program is the collaborative brainchild of Earthwatch Australia, the Bureau of Meteorology and the University of Melbourne to understand how changes in temperature and rainfall are affecting the seasonal behaviour of Australia's plants and animals. The first continental phenology project in the Southern Hemisphere, ClimateWatch, enables every Australian to be involved in collecting and recording data that will help shape the country's scientific response to climate change. Considering Australias' incredibly diverse natural world, the app boasts over 180 indicator species, including amphibians, birds, insects, mammals, marine animals, plants, reptiles, and spiders, and their behaviours. In addition, participants of the project are encouraged to make their observations on the more than eighty designated trails across the country, which turns nature and climate observation into communal experiences. 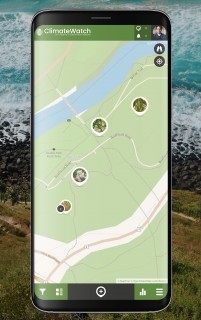 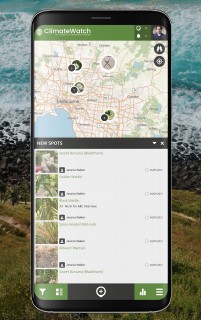 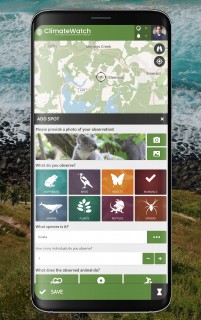 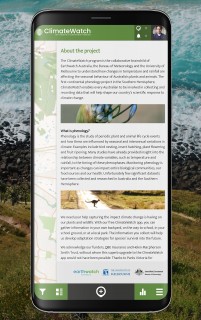 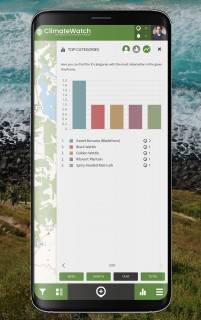 The ClimateWatch program was initiated by Earthwatch Australia, a global environmental charity aiming to create a society that lives in balance with nature by empowering people to save the natural world, together with the University of Melbourne and the Australian Government Bureau of Meteorology. Find the ClimateWatch Australia Citizen Science App here.

Climate change is probably the most significant challenge our planet is facing and will only have more and more implications on our lives in the future. Citizen Science is one of many ways to collect meaningful data on its progress which might give us answers on how to deal with this challenge. You can find these and many other Citizen Science Apps in the Apps section