Popillia japonica is a small bug of approximately one-centimetre length with a shiny green head, brown-ish shiny wings and five distinct white stripes on its abdomen. However, while its jewel-like appearance is quite pleasing to the eye, we should not underestimate this invasive species' agenda: This beetle came to eat our crops and is very hungry.

Originally from Northern China and Japan, the Popillia japonica has been spreading across North America and Europe for several years. The first sighting in Central Europe was reported in Italy in 2014, where it already caused quite a bit of damage to crops, including fruit trees, strawberries, beans, corn, wine and many more. In addition, the voracious beetle does not only feast in its adult form but already in its larva stadium underground, where it gorges on plant roots, causing swathes of grassland to die, with huge implications on nature and the economy. 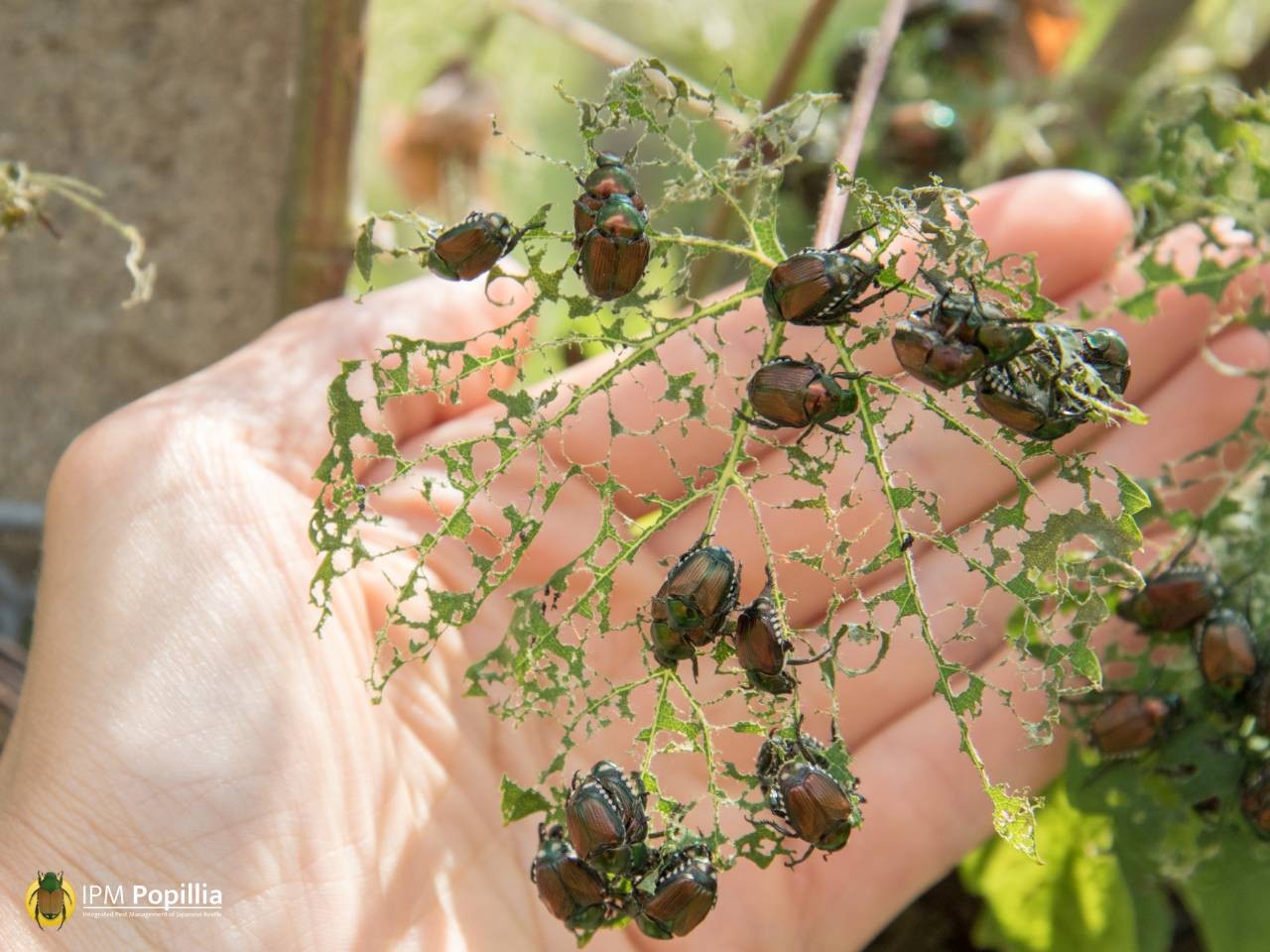 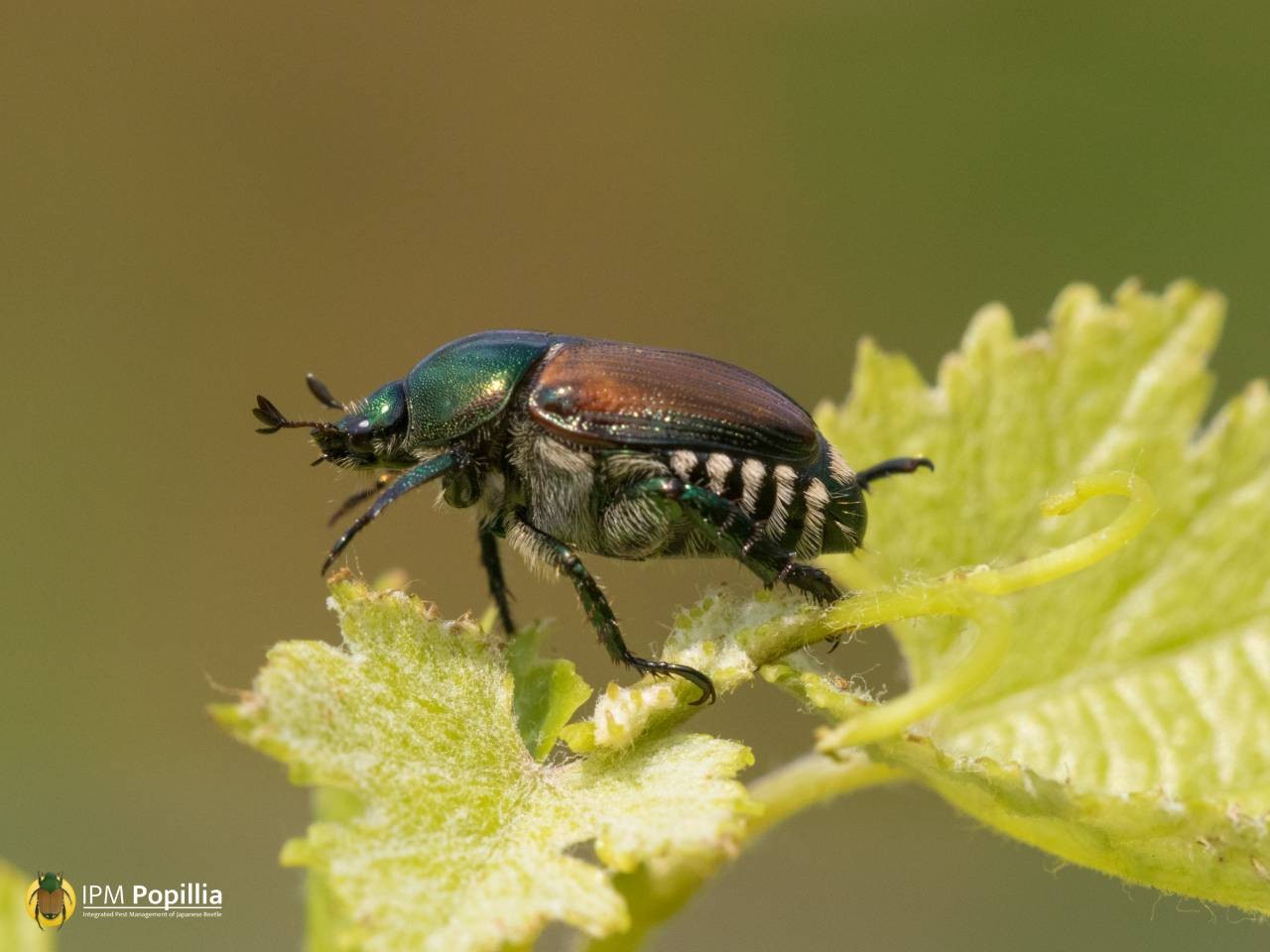 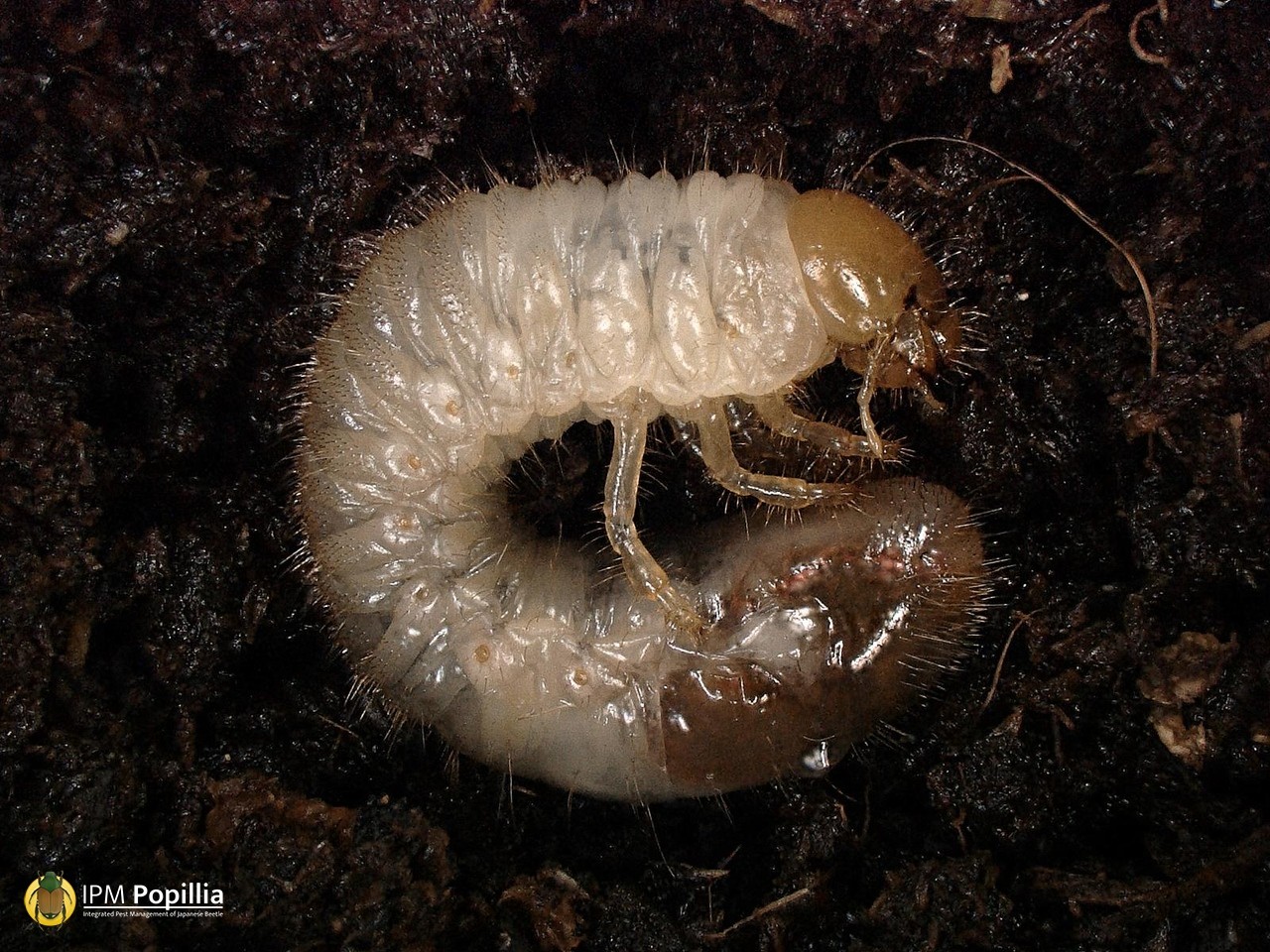 Close-up of the Japanese beetle's larva. 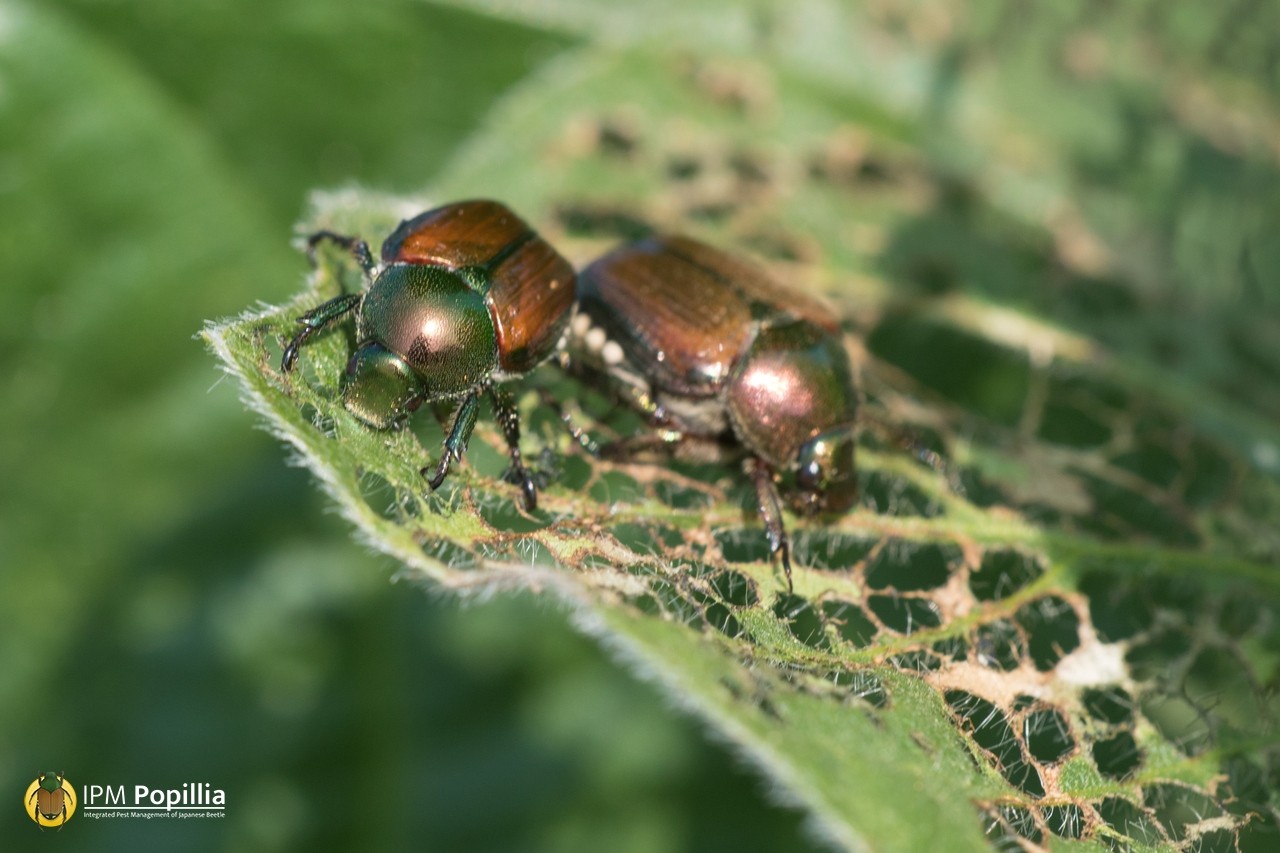 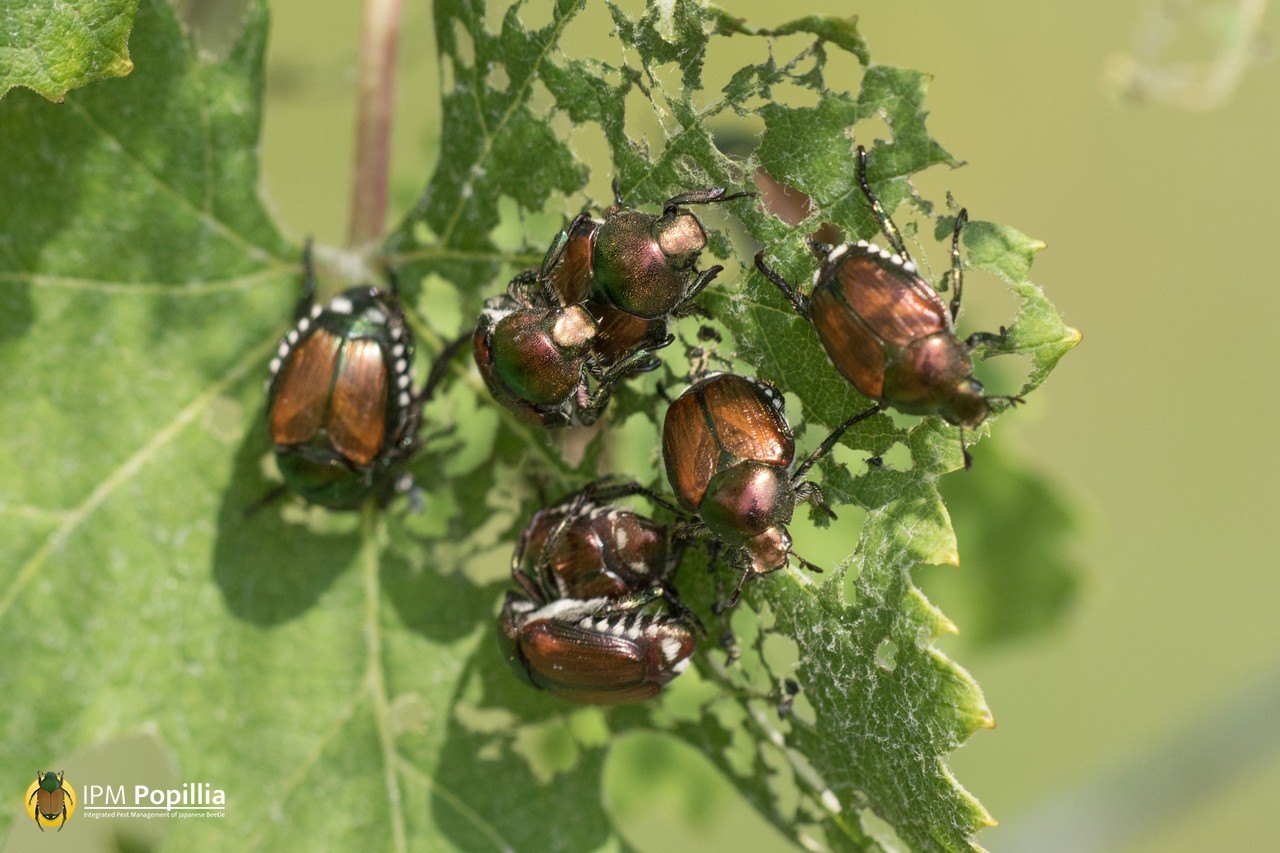 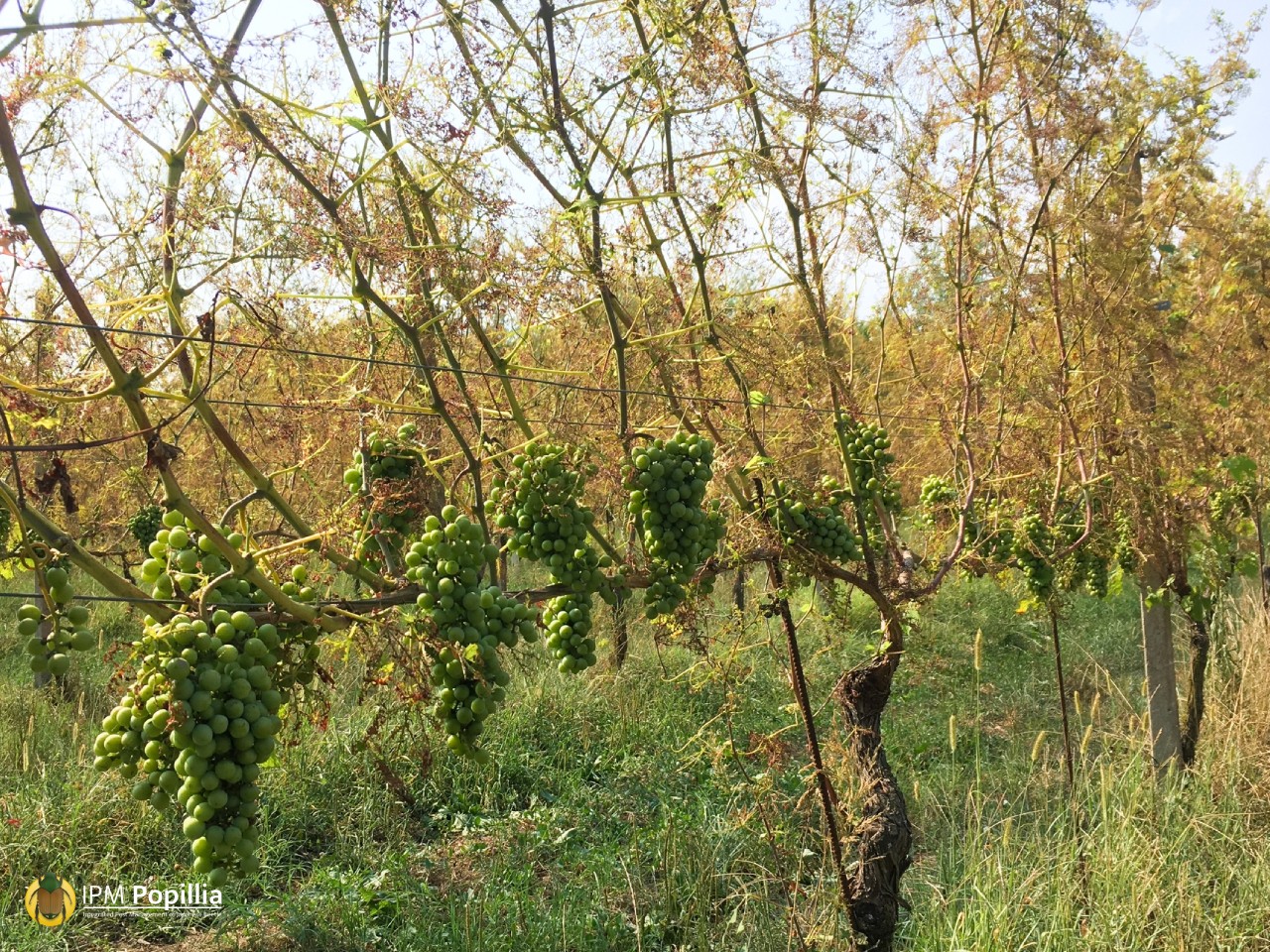 The European Commission has decided to step in as part of the Horizon2020 project, naming the Japanese beetle a high priority pest in the new EU Plant health Law to develop measures to confine the beetle's further spread.
A major part of the project is SPOTTERON's lead in building a Citizen Science App and toolkit where the general public can help spot the whereabouts of the Japanese beetle so that further measures can be taken.