Imagine a Citizen Scientist asking a question inside your project's App. What if a reply directly reaches the user on the smartphone with a beep as soon it is posted? This next level of immediacy is now a reality with the new "User Mention" feature for all Apps on the SPOTTERON platform. The new functionality enables direct and personal communication amongst users and the project's team by simply mentioning others with "@username" directly in a community comment.

Hey @CitizenScience! Let's have a conversation.

Mentioning other users is a widely-used and well-known standard in all kinds of Applications. An algorithm helps with choosing the correct user. By writing @username, a list of matches allows the selection of the input to a person active in the App. Based on the spot author, other commentators, and interactions, the system behind this feature populates the list of users to select.

A user mentioned in a Citizen Science App on the SPOTTERON platform gets two kinds of notifications. First, in every project's App, the "Notification newsfeed" forms the core of the social experience and immersion we provide for every project. The "Notification newsfeed" allows users to stay up-to-date with all community activity and news published by the scientists in a project. A new notification item is displayed in the chronological summary of recent activities if a user gets mentioned, and a counter on top of the Citizen Science App increases. To further improve the level of interactivity, now also a subtle notification sound informs the user if the App is currently open on the device. 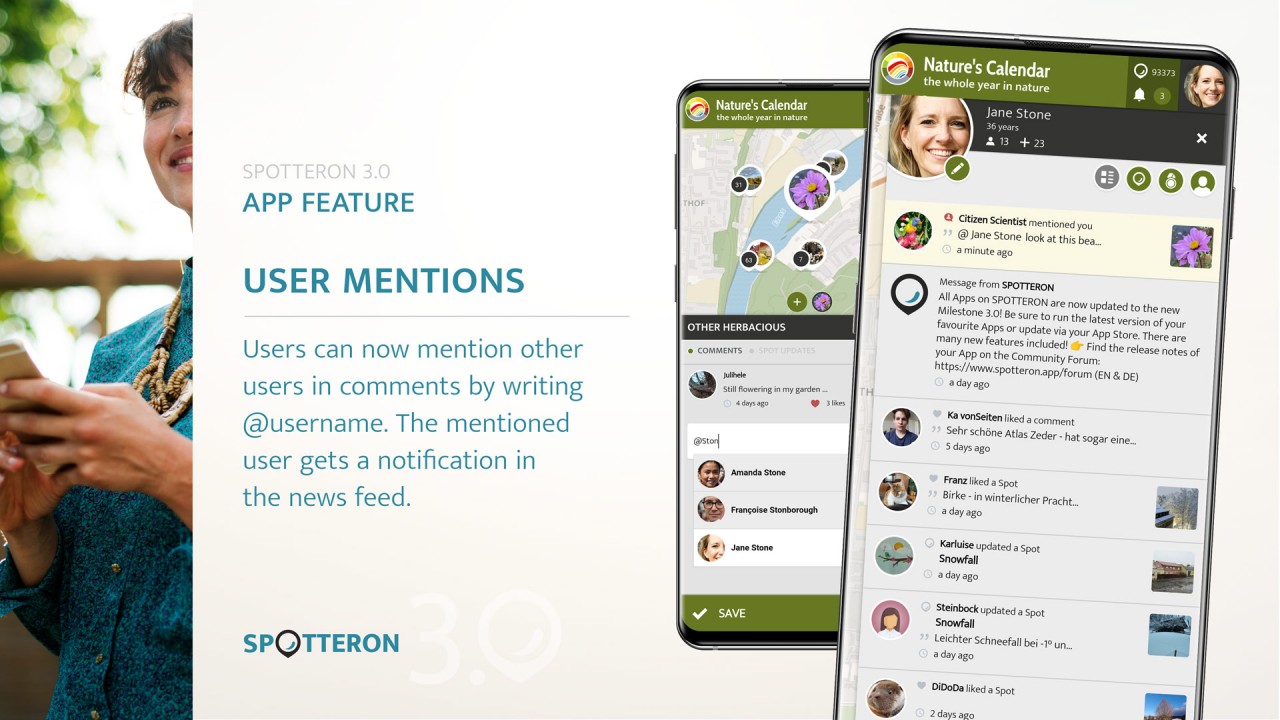 But there is more. What if the user is not currently active inside the App? Here the new Push Notification feature comes into play. When a user mentions another one in the Citizen Science App, the recipient's device receives a push notification directly on the smartphone. "You have been mentioned in the Crowdwater App" - and with one click, the participant in this project can jump into the App and right to the comment posted.

In its fullness, the new "User Mentions" feature is a game-changer for communication in Citizen Science Apps. Tapping into the power of direct interaction with Push Notifications enables a new level of integrating Citizen Science into our daily lives.

Ready for all Apps on the platform

The new User Mention feature is ready for all new projects on the SPOTTERON Citizen Science App platform right from the start. Every new and existing project can use this latest feature without extra development costs in packages A & B. 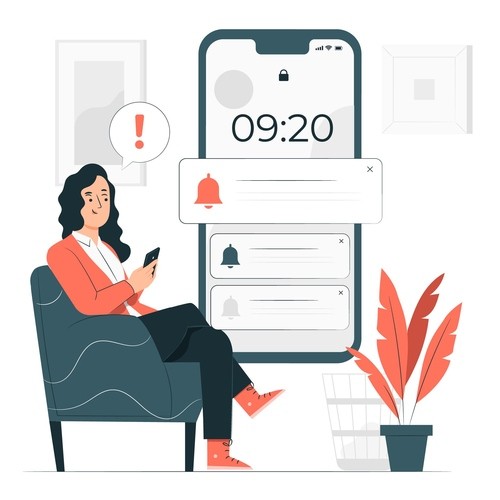