In many Citizen Science and community engagement projects, participants may be reluctant to enter any data that may be sensitive, either, e.g. because of contributing an endangered species or for not wanting to share the location of their private garden.

For these kinds of observations, we have created a new feature which allows users to choose if they want to:

The interface is present just above the SAVE / QUEUE Buttons. 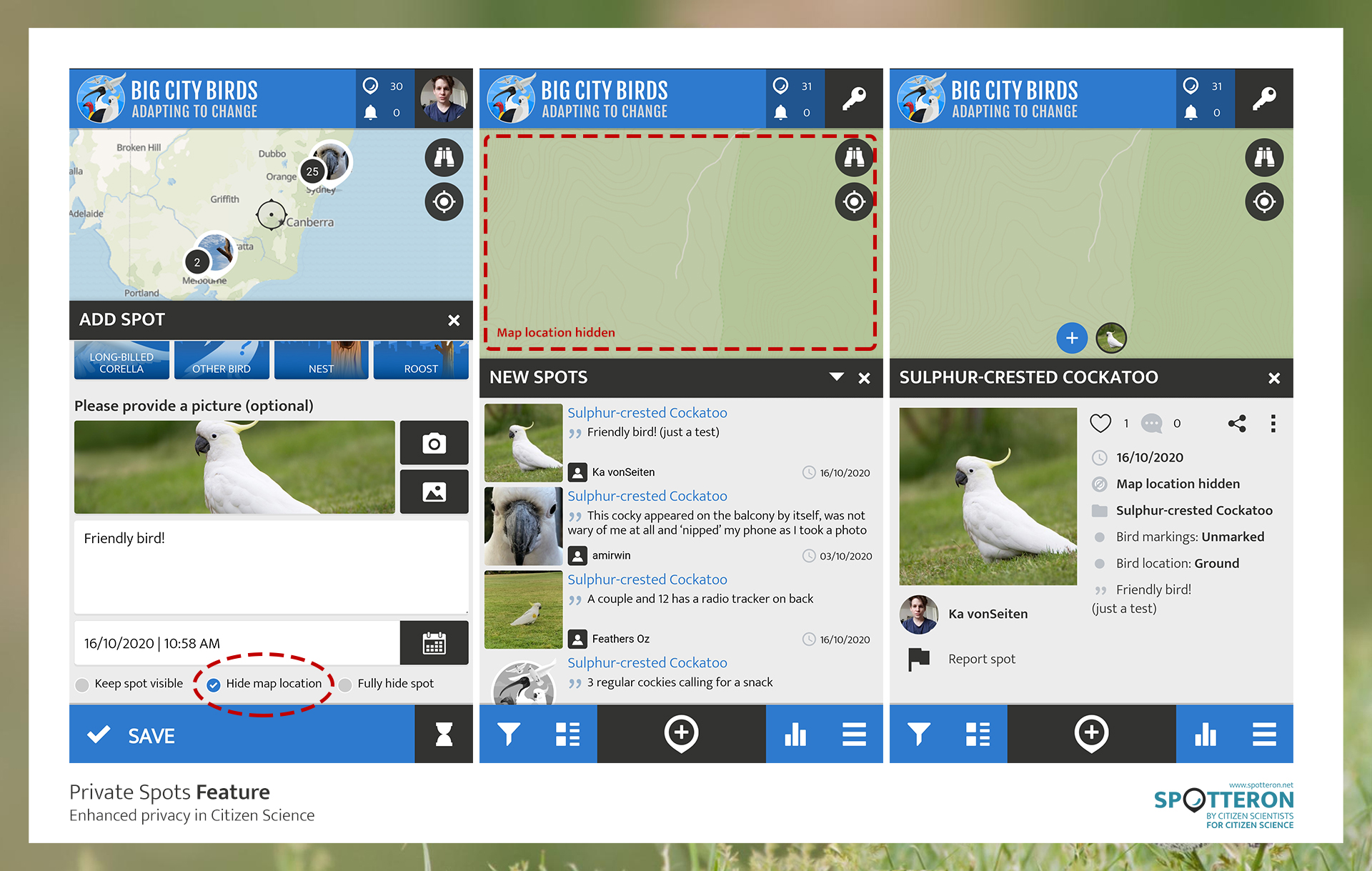 In the Data Administration Interface, you can find a new column in the Spot List. Under "Privacy" the status of a spot is noted with three icons:
* Eye: Spot is public
* Map: Spot is hidden in the map but visible in lists
* Eye crossed out: Spot is hidden and only visible to admins and moderators

The user can always see their own spots and contributions, so you can also get in contact with her or him via the comment function or like the spot as an admin/moderator.

With this new amazing feature, observations in sensitive areas (e.g. a user's home) or sensitive data (e.g. endangered species) are addressed and can be contributed to your project without any issues.

The new Private Post feature was developed with the kind support of the Big City Birds project and is, like all features on the SPOTTERON platform, available free of charge for all other projects!
Would like like to use this new feature in you your Citizen Science app?
You can find all our contact details here.